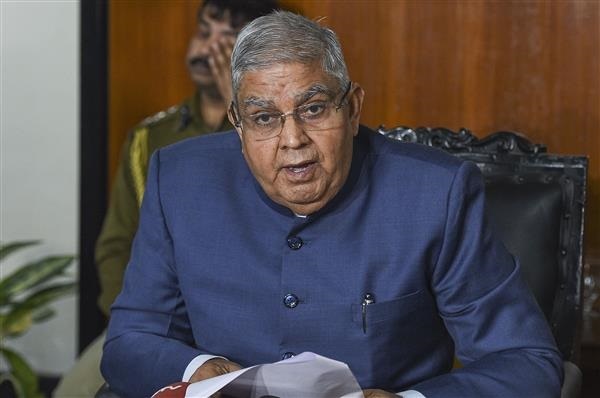 West Bengal Assembly Speaker Biman Bandyopadhyay, who has had several run-ins with Governor Jagdeep Dhankhar in the recent past, said on Saturday he wrote to President Ram Nath Kovind and Prime Minister Narendra Modi to brief them of Dhankhar’s “interference” in legislative affairs. .

The president had previously expressed his anguish at Dhankhar’s insistence on swearing in TMC MPs, including CM Mamata Banerjee, after the September 30 elections.

He was engaged in a war of words with the governor over the appointment of Mukul Roy as chairman of the Public Accounts Committee (PAC).

The two also argued over a bill to separate Bally Municipality from Howrah Municipal Corporation. The bill has been passed by the Assembly and is awaiting approval from the governor.

â€œI wrote to the Prime Minister and the President complaining about his (the governor’s) tendency to violate constitutional conventions and interfere in legislative affairs. His conduct does not suit the constitutional head of a state, â€said the president.

Bandopadhyay recently alleged that polls with the Howrah Municipal Corporation were being delayed as the governor took the time to give his assent to the bill.

Dhankhar said he had not yet obtained the documents he requested regarding the bill.

Meanwhile, Dhankhar rejected media reports claiming that he approved the exclusion of areas of Bally Municipality from the jurisdiction of the Howrah Civic Body. He said it was under consideration because contributions from Chief Minister Banerjee were expected. The governor had previously accused the government of failing to provide the information he requested on the Howrah Municipal Corporation’s amendment bill, which had been sent to him for assent. – PTI

War of words: points of contention

Politician, his many controversies and burden Imo – The Sun Nigeria