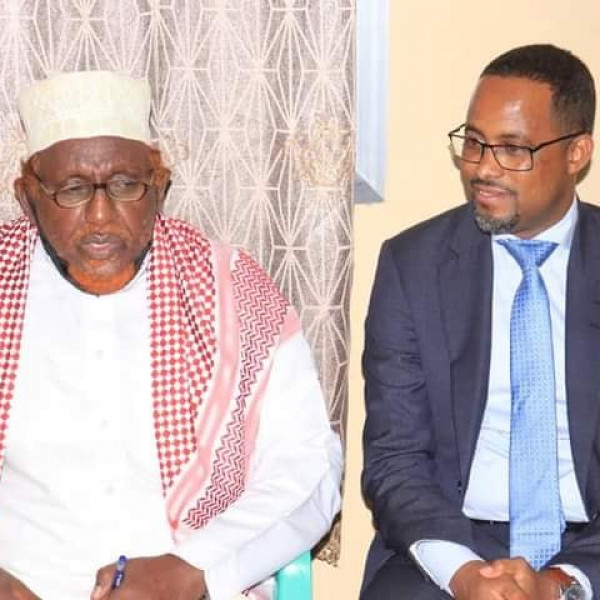 MOGADISHU, Somalia – The credibility of the Somali federal government could be called into question again after a senior government official was sighted with an al-Shabaab convict, who has been in NISA custody since 2014.

Ali Yare, who is the vice-governor of the Banadir region and a close aide to outgoing President Mohamed Abdullahi Farmajo was pictured with Hassan Dahir Aweys, a former al-Shabaab leader who is currently under house arrest in Mogadishu.

The deputy governor is also in charge of security in the administration headed by Mayor Omar Filish, which has now raised questions about the government’s commitment to the fight against Al-Shabaab militants, who still control large rural areas of central and southern Somalia.

At one point, there were allegations that the Somali federal government was harboring Al-Shabaab militants, some even placed in strategic positions within the government, particularly within the National Intelligence Security Agency. [NISA].

The al-Qaeda-linked group has been identified as one of the country’s security risks, with the United States and other allies vowing to crush them. The militants lost ground in their traditional strongholds as a result of a concerted effort by Allied forces.