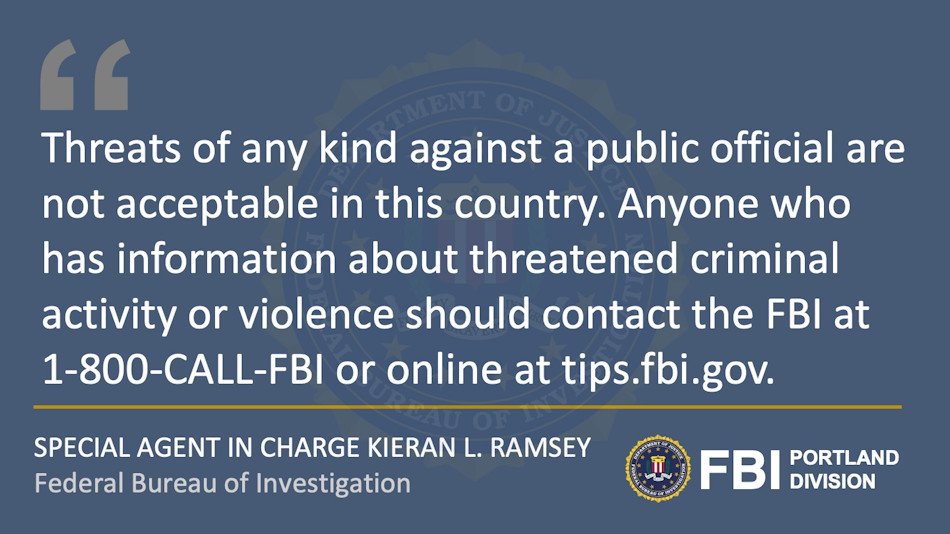 ALBANY, Ore. (KTVZ) – FBI agents, assisted by Albany Police, on Wednesday arrested a 64-year-old Albany man on charges of interstate threat transmission and stalking over violent threats that were allegedly made against an Oregon public official.

David Scott Ryder’s alleged threats included three emails between August 10 and 23, as well as a voicemail message left on a desk phone on August 23.

Some of the statements included:

Ryder made his first appearance before a U.S. investigating judge on Wednesday. The judge ordered his release pending further legal proceedings, the FBI said. The name of the official was not disclosed.

“Threats of any kind against a public official are not acceptable in this country,” said Kieran L. Ramsey, special agent in charge of the Portland Division of the FBI. â€œAnyone with information about threats of criminal activity or violence should contact the FBI at 1-800-CALL-FBI or online at tips.fbi.gov. “