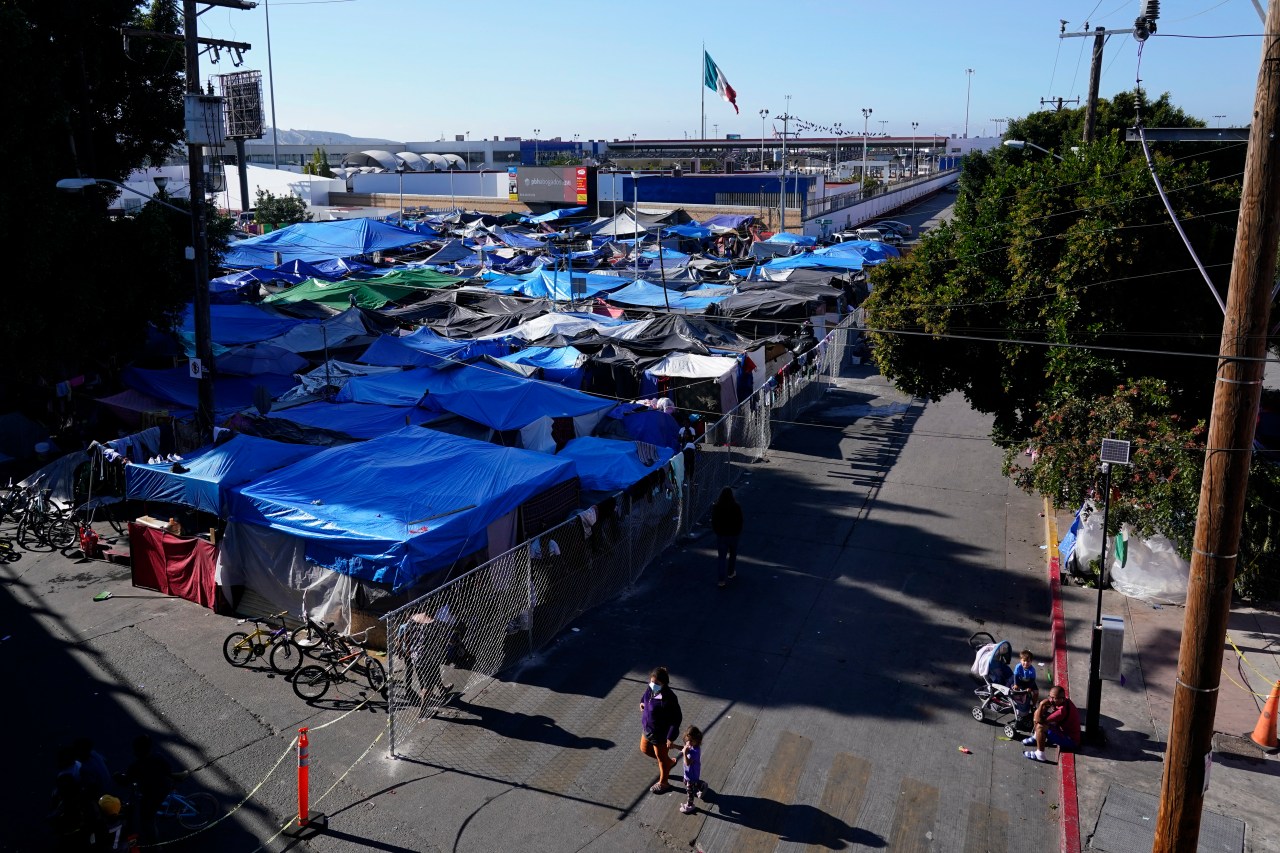 Border camping ‘will be history in a few months,’ says Mexican government official

TIJUANA (Border Report) — It’s been almost a year since the first migrants set up a campsite just south of the San Ysidro port of entry to line up if President Biden opened the border.

Over the months, most survived in donated tents and enjoyed meals provided by churches and nonprofits.

In the summer, the city of Tijuana installed portable showers and bathrooms as the camp grew to nearly 2,000 migrants.

The state of Baja California provided basic health care and even vaccinated migrants against COVID-19.

Initially most of the people there were Central Americans with a few families from Haiti.

Today the demographics have changed and most are Mexican nationals who fled violence in the states of Guerrero and Michoacan.

A few months ago, the city of Tijuana decided to wrap a fence around the camp to limit the number of people coming and going.

It was also seen as a measure to prevent more migrants from settling.

Today, the numbers have dropped to just over 400 residents, as more and more of them leave on their own.

Migrants also had the opportunity to move to available shelters as the weather turned cold and rainy in the San Diego-Tijuana area.

Border camping for migrants is now mostly made up of Mexican nationals, not Central Americans or Haitians

“I believe that in just a few months the camp will be history,” said Alejandro Ruiz Uribe, a federal delegate representing the state of Baja California in Mexico City.

Ruiz Uribe said that every day there are fewer and fewer people at the campsite.

According to him, the Mexican federal government is able to help fund a shelter away from the border that would provide meals and other necessities for migrants.

The facility would be operated by the City of Tijuana.

“All we can do is take care of their care and provide them with meals, bedding and other materials they may need,” Ruiz Uribe said, adding that everything would be done peacefully without anyone be expelled.

Visit the BorderReport.com homepage for the latest exclusive stories and breaking news on issues along the US-Mexico border.

The area where the camp is located is part of a plaza that leads commuters to and from one of the crosswalks at the San Ysidro port of entry, which has been closed for most of the pandemic.

It is believed the facility will not open until all migrants have been removed from the campsite.